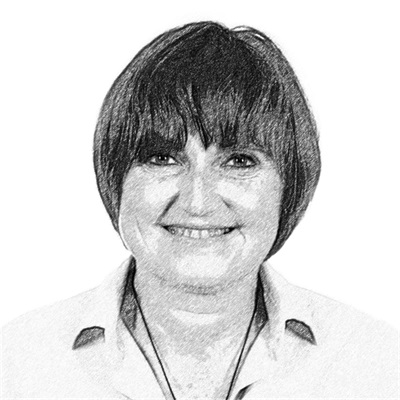 I majored in Political Science, oriented in Economics, and I specialized in Public Relations with a Master’s Degree from the Istituto Superiore di Comunicazione (currently the IED). As a freelance journalist, after dealing with marketing and training in the early years of my career, I’ve been focusing since 1998 on my main passions: reading, writing and the Internet. Since that date, in fact, I’ve been working in the field of public relations, with a particular focus on press office activities, first with an agency, Mavellia MS&L, then at a company level and later through the agency Mirandola Comunicazione, which I founded in 2002 on a hill among the green fields and woods of the Emilian Apennines. Several collaborations with educational institutions on topics related to press office activities, event management and public relations with an advanced innovative approach.

In 2005 I took part, as a communicator, in the foundation of Netcomm – the Consortium of Italian Electronic Commerce and we also covered the association Italia Startup in 2013, shortly after it began its activities, offering our collaboration pro bono.

In 2010, together with Stefano Ubaldi, a developer who had faith in my ideas, I founded iPress, Italy’s first platform focusing on the collaboration between professionals in the communications and news field: after a period in Silicon Valley, it is now turning into a digital environment also suited to managing relations with the international press.

I’ve temporarily left my friend and partner, Simona Miele, in charge of the agency, just like I did when I asked for a year off – which later turned into two years, to develop my startup.

I belong to a generation that had had the incredible opportunity to witness the birth of the Internet. I feel a little emotional whenever I say this, as anyone might feel when speaking of something that has the power to change the world and, above all, to change our lives. I met Diego in 2003 because there was the need to convince the Italian press that e-commerce still had a chance in our country. In 2003, thanks to the fact that I chose the right “testimonial” (to be honest, it wasn’t my idea, but Roberto’s, who back then was President of ANEE – the National Association of Electronic Publishing), we were able to prove to the Italian press not only that e-commerce still had a chance in Italy, but that there were countries where it was thriving, with dizzying growth rates. We just needed to be patient, to calmly wait for it to grow in our country as well.

I write a lot, but my name doesn’t appear often times. I love interpreting the style of the people who I work for and to get into the way they express themselves. I always prefer to remain behind the scenes rather than stepping into the limelight. My job allows me to do this and I’m very happy about it.

The courage and ability to manage all this comes from Mauro, my partner in life and adventure, who, after having trod the stages of theaters all over the world, decided to take root and take care of us. For a while he dedicated his managerial skills to the theater and then he magically transferred them to our life, to nurture our dreams and those of our children, Carlotta, 14, who is passionate about singing and music, and Riccardo, 10, who loves basketball and chess. They’re the ones who give me the strength I need. They’re the biggest fans when it comes to this team’s mission, and they’re the reason that I’ve enthusiastically taken up this beautiful challenge.

I attend bio-energy courses, as they give me an opportunity to bring together all my different roles, as a mother, wife and worker, which are all such important sources of positive energy in my life.