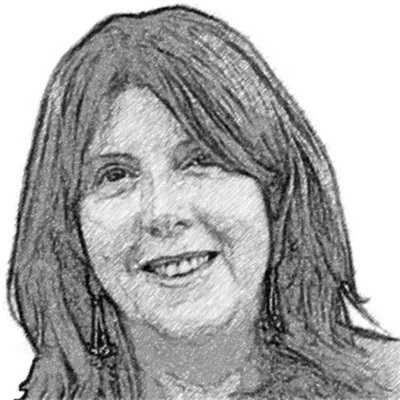 I have a degree in Lettere Classiche (Università degli Studi di Urbino) and a Ph.D. in Classics (Rutgers). By training, I am a classical philologist, one of those weird individuals studying papyri and manuscripts in ancient Greek and Latin. My area of expertise is ancient rhetoric, political and ideological propaganda in antiquity, and cultural anthropology.

During my years spent studying for my Ph.D., I developed a keen interest in IT, since in those very years, the entire Greek and Latin literature was published on a CD-ROM. A new frontier was opening up as I perceived that IT could change, improve and make more accessible the field of humanities. I was thus able to combine classics and communication theory with electronic media study, and acquire dual competencies.

I had always wished to be teaching Classics at a small college of Liberal Arts; yet, you can’t beat life: for personal reasons, I had to come back to Italy in 1992.

In the early period of my career, as an Adjunct Professor, I taught at the American universities with programs abroad (The American University in Rome, Trinity College, Loyola College); at the same time, I contributed to different innovative projects ranging from development of a pilot Machine Translation System to a search engine for the European cultural heritage (EU Project).

By pure chance, between the end of 1999 and beginning of 2000, I landed a temporary job at the Presidency of the Council of Ministers – Forum for the Information Society; since then, I have a long track record of positions in the public administration: I worked at the Centro Tecnico (then CNIPA – National Center for IT in the PA), Innovazione Italia and lately at INVITALIA (National Agency for Inward Investments and Economic Development). I was the Head of the Research Unit within the Cabinet of the Minister of Innovation and Technologies, the first Minister for the Internet in Italy. My area of expertise is focused on digital economy policies (e-commerce, indicators, digital content for education, Public Sector Information, evolution of copyright, participative web, code of conducts on the Internet, ICT and Gender, etc.), and national and regional innovation strategy. I managed and coordinated complex horizontal projects involving different layers (central and local) of the Public Administration. This experience taught me the practical and organizational aspects that major IT projects involve: the road from policy to practice is never an easy one.

Since 2001, I follow the OECD work in the area of digital economy. Since 2013, I am Vice-Chair of the Bureau of the Committee on Digital Economy Policies (CDEP); I have been Chair of the Working Party on the Information Economy (WPIE) in the period 2005-2013. I am a member of the “Office of Distinguished Friends” - London Business School.

I look at life always thinking often about the unknowns-unknowns; for this very reason, I never stopped studying and challenging myself, and embraced different job opportunities and new chance of learning.

I have two daughters: Cecilia (Master in International Affairs – Columbia University 2016) who lives and works in Washington DC, and Marianna who studies Economics; my husband, Lorenzo, is a Mathematician and a Ph.D. in Economics (University of Pennsylvania) and he worked at AT&T Bell Laboratories (Murray Hill, NJ); through our common life, I have re-discovered the Renaissance vision that the approach to knowledge and research, no matter the field, is the same.

I adore reading (in English and Italian, and in Greek and Latin as well); I am an omnivorous reader; my cult book is Philip Roth‘s “American Pastoral;” my favourite historian is Thucydides.

I did not know Diego personally. I met him briefly and talked to him for about 10 minutes at the Digital Economy Forum, Venice, 2012.

I applied for the International Relations position because I strongly believed in the Team’s vision. I am very enthusiastic about the prospect of contributing to the Team’s mission.