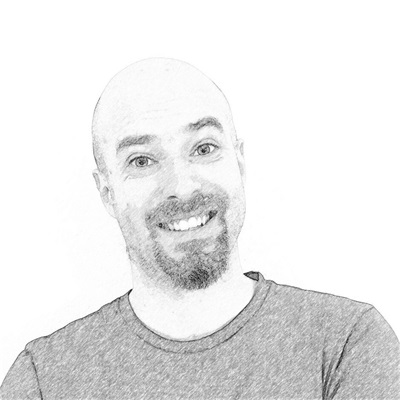 My story is similar to that of many other computer enthusiasts. I started as a child, first with an old MSX, then the DOS, and finally discovered GNU/Linux and Free Software (free as in free speech, not free beer).

My first serious experiences date back to high school: I was a national finalist at the International Olympiad in Informatics, an intern at the Network Management Center of Fastweb, a part-time sysadmin and programmer for a small ISP in Milan. I wrote articles for Dev and Computer Programming (two popular magazines about programming) as well as some online tutorials. I also submitted patches for various open source projects and worked as a Debian developer.

After high school, I was admitted to the Polytechnic University of Milan to become a real computer engineer. This didn’t play out as planned, though: I kept spending more time and more effort on what I liked the most - my projects. During those years, I worked with a number of different companies delivering a variety of projects: from web interfaces to e-mail systems, from security analysis to teaching crash courses on very specific technical subjects. During my spare time, I was active in the Italian Free Software community, helping to organize events and participating in national and international initiatives.

I then met some Google employees at the FOSDEM, the Free and Open Source Developers’ European Meeting, a conference organized every year in Belgium. After passing various interviews, they offered me a position in Ireland and I decided to leave for this new adventure.

I didn’t think I was going to last more than six months: it wasn’t just the potato-based diet and the Irish weather, I was afraid I would miss my freedom. Instead, it’s been more than 10 years now, and I still work for Google. Well, I worked for Google, I should say - now that I am about to start a leave of absence to work with Team Digitale. After a few years in Ireland, though, I moved to California, where I’ve been living for the past six years. It’s strange to say, but this is the place I call home now: the place where I bought my first house, my first car, and where I live with my wife, Francesca, and two tiny human beings.

At Google, I started as a Site Reliability Engineer: I was part of the group that is responsible for some of the most critical pieces of our infrastructure. Today, I work as a Senior Staff Software Engineer and Team Leader. Although I still write code, I spend most of my time trying to improve various components of our architecture, coordinating the work of our team and the teams we work with, while pursuing a long-term vision for the projects I love the most.

I’ve learned a lot from my work. I learned how to quickly deliver a product that works, under pressure, with low margins for mistakes, focusing on critical needs first. I learned to deliver complex projects, made of multiple components created and managed by different teams. I learned how to build systems that can handle millions of requests per second and of terabits per second of traffic, finding strategies to improve them constantly and to keep them working, despite failures. I learned how to determine the success and quality of a project through numbers: well-defined metrics, charts, experiments and A/B comparisons. And to use these numbers to decide what to do next, where to spend more resources, and where to save them.

Once I moved to Mountain View, in the heart of Silicon Valley, I became a full-time software developer, still in the field of networking and scalability.

A small part of our work was presented in 2016 at NSDI, USENIX, a major conference in the field, which accepted for publication an article our team wrote. I am the inventor on several patents related to the technology we use. I am one of the original authors of RFC 7871, a DNS extension that has been adopted by major players in the industry - from Akamai to Facebook - and has been discussed in several articles.

After sending my resume, meeting Diego and the incredible team he managed to put together, I became convinced that this was a once in a lifetime opportunity to bring about change. So I took a leave of absence from my job and agreed to move to Rome for some time with my whole family. And, who knows, maybe my little munchkins will improve their Italian and avoid sentences like “I’m gratting my gambe” in the future.