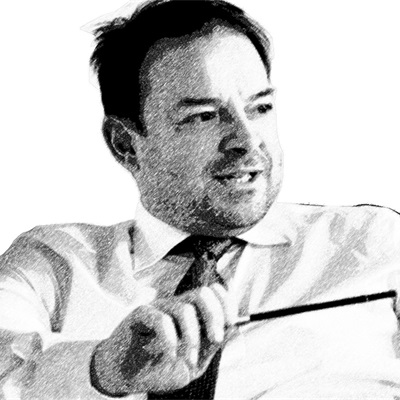 I graduated in Law in 1996 at LUISS University with a thesis on the legal protection of software and I then obtained a PhD in legal informatics and computer law at the University of Bologna.

I’ve been dealing with IT law for the past 20 years and I’ve been doing it as a lawyer, university professor and journalist, by studying, applying and describing the rules and policies of innovation both at a national and European level.

I’ve written some books and Diego was probably the first person to read the digital edition of the latest one, “Internet, i nostri diritti” (publisher: Laterza editori, with Anna Masera).

I founded, together with a few very good friends and colleagues, E-Lex, a law firm specialized in IT Law.

I asked my partners to be patient during my new adventure since I will be less available than usual, and because, for reasons of expediency, I might be asked to avoid being involved in certain cases, should they be in some way connected to the Digital Team’s activities.

For several years I’ve been contributing - sometimes in the blog section, sometimes in the news and political section - to some of Italy’s major online and printed dailies and magazines (including La Repubblica, Il Fatto Quotidiano and Espresso), and for many online publications specialized in the Internet and related topics.

Paolo Barberis, the Prime Minister’s Councilor for Innovation, is the one who introduced me to Diego Piacentini, during one of his first visits to Palazzo Chigi.

I don’t think that Diego, prior to that meeting, was convinced of the idea of having a lawyer in a team chock full of hi-tech experts.

However, if I’m here, it probably means that we liked each other and that we agree that, to develop Italy’s operating system and [inter]face, it will also be necessary to change the way the rules of the innovation governance are written.

On this occasion, I was rewarded by coincidences and fortuitous circumstances and I’m happy about it, but I’m also aware that I’ll need an open and continuous comparison with the community, being it extraordinarily rich in talent and expertise.

I’m curious and passionate about technology and innovation by nature – I remember choosing at the very last minute whether to study law or engineering and in the end I chose to be a journalist [but then destiny chose for me!] – and I love to study, understand, read and write.