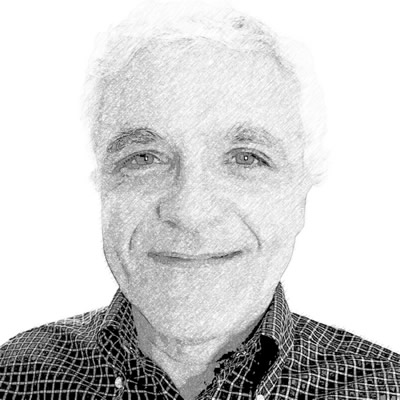 I like defining myself an old geek because it’s almost thirty years I’m having fun in the IT field.

After graduating in Computer Science at the University of Pisa, I started as a researcher in the field of High Performance Computing at CRS4, a research center founded by the Nobel Prize in Physics Carlo Rubbia in Cagliari, Sardinia, Italy. I spent five very intense years over there learning a lot of things and having the chance to work with the most powerful supercomputers of the time. My job was mainly research in the field of data parallel programming languages.

After those five years I decided that I wanted to move to the business side of the IT world, so I left my hometown and accepted to work for a high-tech company in Rome. I worked there initially as a project leader, gradually becoming program manager, and finally I moved to a more technical role as software architect. Our customers were among the biggest telcos in Italy like Telecom Italia and Vodafone. That experience helped me understanding what I really wanted to become: a software architect.

As a software architect I worked with big European and American corporations such as IONA, BEA Systems, Progress. With those companies I worked mainly in consultancy roles helping customers to design complex platforms. I designed systems like the next infotainment platform for Toyota in Japan, where I worked for one year, or a complex command and control system for an air defense platform.

I also had to design complex software factories with all the organizational problems they involve. I learned the hard way how to survive the stress of deadlines and interact with demanding and difficult clients. I learned how to care for the details and the motivation of people working with you.

Since 2010 I have been working with Big Data technologies, introducing them to companies like TomTom and I have been consulting in Italy and throughout Europe, including a wonderful experience in Cloudera, a leading company in this field. I have developed over the years a deep experience in these technologies from both the infrastructure and the application point of view. Meanwhile, along with a friend, I started a startup in the Netherlands to develop a business intelligence product based on Big Data technologies. It was a very tiring experience, but also very educational. Following the acquisition of my startup by an Italian company dealing with data analytics, I worked in this field on several projects combining data analysis and machine learning technologies with Big Data, working on a lot of very innovative projects for large banks and Italian insurance companies.

Just in this period I discovered that the Digital Transformation Team was looking for a Big Data Architect and I thought that it would have been an honor for me to be able to offer my skills back to the country. I sent the curriculum, I met Diego and he hired me. I am lucky to do a job that I like, which for me is almost a hobby, like martial arts, that I have been passionately practicing for so many years. During my free time, besides developing code, listening to music, and reading essays and scientific dissemination texts, I dedicate myself to the family. I have a fantastic wife who patiently endures me and who has always been a point of reference for our two children all those years spent around the world.