Executive Assistant of the Government Commissioner 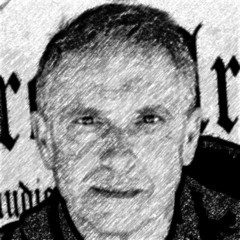 My family has been Roman for four generations, so am I. I graduated from a Technical Commercial Institute in the centre of Rome and after a short work experience in a private hospital, I started working at the Court of Auditors in 1984.

I have lived almost my entire career in the IT sector of the Public Administration. In 1986, just two years after I was hired, I was selected as ‘‘programmer’’, when still the IT world was talking about mainframe, and individual computing was in its infancy with personal computers and floppy disks.

For years I have developed software programs for internal use of the Court of Auditors, to manage different databases. Thanks to an intense technical training provided by the Court, I turned to “system” activities, abandoning programming and specialising in the configuration and management of desktops and the first servers of the nascent data network of the Court, as well as in the knowledge of the rudiments of network equipment and their operation.

In addition to my work within the Data Processing Centre, I have also provided on-site assistance to colleagues at the central and regional offices of the Court of Auditors, resolving technical problems of workstations, printers and network connections. Those had been fascinating years, and I learned the basics of the nascent computer science, which allowed me to perform my job, once I became an IT Officer, with more knowledge of the facts.

In recent years, I have once again changed my field of work in the IT sector of the Court of Auditors, devoting myself to project management functions, coordinating the team of IT professionals in the Court’s offices and serving as a member of the staff of the Director-General for Automated Information Systems.

Since 2018 I have headed the secretariat of the Directorate-General for Automated Information Systems of the Directorate-General Luca Attias, whom I followed in the Digital Transformation Team when he was appointed Italian Government Commissioner for the Digital Agenda and for whom I perform the functions of Executive assistant in external relations and towards the other structures of the PA.

In private, I am a lover of music in general, with a particular preference for classic and progressive rock of the ’60s and ’70s, and classical literature, especially Russian literature.