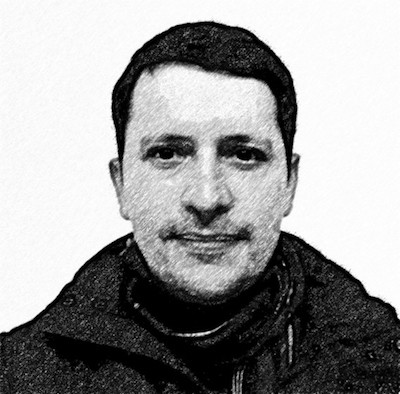 My passion for software and computational thinking was born many years ago, when I was probably less than ten years old. One evening my Mum coming back home brought to me a very old manual of the IBM series 36 devices that someone had thrown away (I never knew where she had recovered!), knowing that I was already crazy for “the computers” … well, in addition to having read it many times it was the turning point of my life.

I began to save all the pocket money, to do some little job and finally after two years I managed to put aside enough money to buy my first computer (actually my Dad helped me a little …): a Commodore 64! well, there was not enough money for the recorder that only came after six months; this forced me to have to program and reprogram, because every time I turned off the C64 everything was lost … that’s how I wrote my first original software at 13, a kind of Photoshop to draw circles, lines and squares (but I managed to save it on cassette eh!)

Everything became a profession, I started working for a small company in the Milan area that wrote software for the futuristic Quaderno Olivetti, just after It was the turn of Internet, my new life… It was 1996 and I created the first website for a large international luxury company, with a contact form written in AWK on CGI protocol; my first eCommerce platform arrived in ‘98 written in Perl and then in the summer of 2000 I joined Yahoo! where I worked at the launch of Yahoo! Shopping, Travel, Auto, Mobile … until 2007 where I decided to change and try the adventure in the gaming industry world within an initiative of RCS and Digital Bros.

In 2010 I moved to eBay, with which I relaunched the Kijiji and eBay Annunci properties, as well as working internationally on global platforms in the following years.

Since 2015 I have been part of the management team of Jobrapido, a beautiful Italian digital company operating in the world of online global recruiting as a search engine, acquired by STG (a private equity firm from Palo Alto) in 2014 with the aim of creating a worldwide marketplace on the same industry.

The opportunity to join the Digital Team came in the autumn of 2017, when I met Diego Piacentini and other team members during the first hackathon organized by the developer community. They convinced me of the goodness of the idea and the importance of this mission.

I graduated with honours at the Polytechnic of Milan in Computer Engineering, studying while I was working, I got married and I had two fantastic girls (Alice and Aurora!), Without ever giving an exam twice … it was hard but also fun, especially when in my thesis I had added a ghost chapter with the print-out of my code for C64 written 25 years earlier…